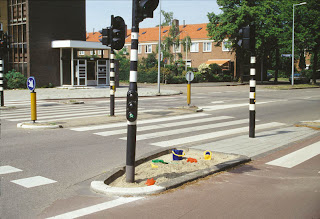 I resisted GTAIV. It sat on its shelf for a long time. A couple days ago, I discovered that several of my friends had similar (lack of) experiences, and no one had finished the game. So, off the shelf. A few days later, I have an idea now about why the game and I failed each other on our first meeting a year ago. It’s an open world problem.

In the open world game, the player is the game director. Once cousin Roman dropped Niko off, I had every bit of freedom that I could ask for. I could jack a car, shoot up pedestrians, flee the cops, shop in a store, or indulge in any of a half-dozen side quests or mini-games. And that’s just scratching the surface, that’s just what the game exposes in the first few hours. Liberty City lived up to its name.

Paradoxically, the ability to do anything led me to do nothing. I felt a paralysis of indecision. What should I be doing? What were the consequences? Every NPC tugged at me for attention. The map blinked its choices at me, waiting. The statistics screen hung over my head like an oppressive judge, listing the hundred things I had yet to accomplish.

Eventually, I pushed myself though it. Got in the first car I could steal. Stopped at the closest mission and ran with it. As the game intended, I stopped caring about the question of what to do next. I rode the game’s primary story until the something interesting caught my eye. Hours passed by quickly. By then, the game had me. I was enthralled with the world, even more than the gameplay, and that was enough.

What this has revealed to me is that I prefer the more directed game experience. That’s an irony, considering my affection for and history with the MMO genre. What can I take away? The next open world I get involved with, multiplayer or otherwise, I’ll take more care to stage in player freedom, let him or her get used to a non-infinite decision matrix. Encourage the player to branch out in stages. If possible, make my world a little more welcoming, a little more directed, at least for a while.